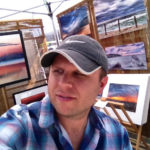 Bill Hoenk was first introduced to Nantucket during the summer of 2003, when he was recruited to work as a waiter at the renown Chanticleer Inn in Sconset under Chef Jean- Charles Berruet. After an enlightening summer season, Bill moved to Pittsburgh, PA where he attended the Art Institute of Pittsburgh for three years pursuing a Bachelor of Science degree in the Photographic Arts.

Bill returned to Nantucket during the Summers of 2007 and 2008, and again to The Chanticleer, this time as Maitre d’, to help the new owners reinvent the iconic restaurant (and to pay off his massive student loan debts). It was during those two seasons that Bill truly fell in love with the island, and with the exception of a two year stint in Boston, Nantucket became Bills new full-time home.

Wanting to become more involved with the community and the pulse of the island, Bill left the Chanticleer and moved all the way into town where he joined Chef Michael Getter and the team at Dune for the restaurants inaugural season in 2009, and during the next nine years, helped establish Dune as the number one rated restaurant on the island, while taking small photography jobs on the side as a freelancer, and building his portfolio.

The summer of 2018 will see Bill saying goodbye to the restaurant industry and realize his dream of working as a full-time freelance photographer. You will find him every Saturday selling his prints downtown at the Sustainable Nantucket Farmers and Artisans Market, and he will be available for commissioned work and local event photography. He will also be offering Photo Tours and Instructional Workshops.

Bill Hoenk’s photography has been published in numerous local, national and international publications, including a photo on the cover of Time Magazine, and his work has also been featured on several television networks including CBS, ABC, ESPN, The Weather Channel, The Hallmark Channel and HBO. His photos are also featured prominently in the movie ‘Patriots Day’, where he also shares screen time with Mark Wahlberg and John Goodman as a back-ground actor playing a finish-line volunteer at the 2013 Boston Marathon.