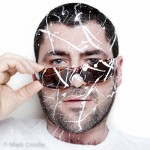 Originally from the Northeast of England, Mark washed ashore on Nantucket in the spring of 2000. He rekindled his love of photography just a few years later, working with film and digital, plastic cameras and modern technology, alternative film processing and Polaroids, Mark has been photographing the Island he now calls home and it’s people ever since.

He worked on the Sankaty lighthouse move for the British TV show, Monster Moves as a time lapse photographer. Since 2010, Mark has concentrated on wedding and portrait photography alongside his wife, Zofia Crosby. While working mostly in digital, Mark still favors medium format film and his Hasselblad for personal work.